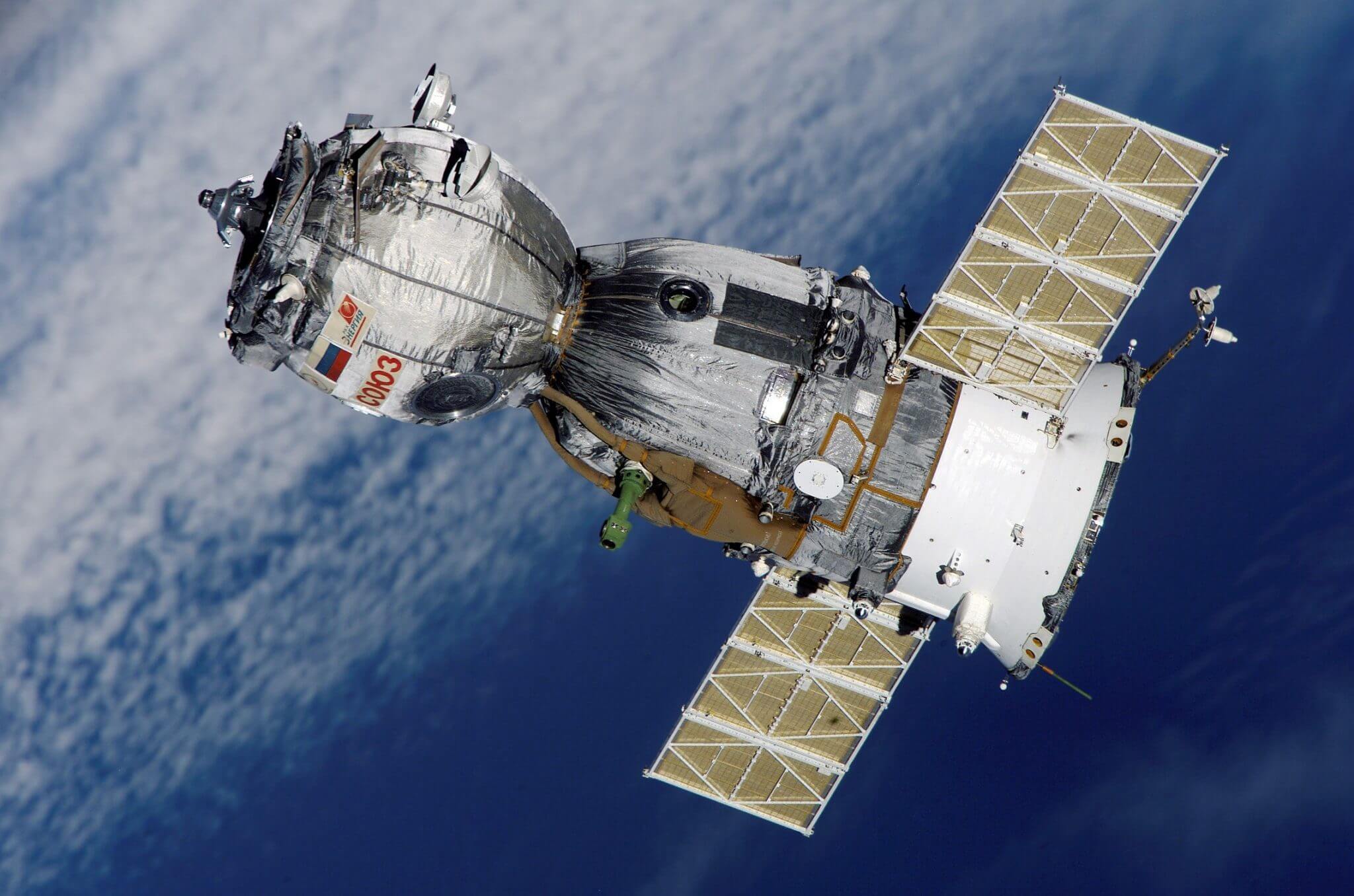 Students will be able to explain the concept of thrust of rockets and gravitational binding energy. The students are expected to create a game in which they have to control the thrust of an artificial satellite to avoid collision with asteroids and other satellite

Thrust is a force that acts as a push to make an object move away from the other object. According to Newton’s third law of motion, every action has equal and opposite reaction.

For example, an aircraft engine acts on air and pushes it back. This causes the air to push the aircraft forward. Thus, air reacts on the aircraft to move forward. This reaction force is called as thrust.

Thrust produced by rocket make them propel forward. The gases formed by burning fuel are ejected at a very high speed. There is a push acting on these gases. Once these gases come out of the rocket, they apply reaction force on the rocket in the direction opposite to that of exhaust. As a result, rocket moves up, away from the earth.

As no external forces are involved in this, hence the linear momentum of the rocket is said to be conserved.

Let’s derive a rocket equation. Let’s say at time t, mass of the rocket with the fuel is m, and its initial velocity is v. At time t +

t fuel burnt by rocket is

m, which is converted into exhaust gases. The relative velocity of these exhaust gases is u. As a result of the exhaust, rocket gains velocity

Due to loss of fuel, the final mass of rocket at time t +

The velocity of exhaust gases will be v – u.

According to the law of conservation of linear momentum, we can write

On solving the above equation, we get

Solving the equation and ignoring the term

as it is negligible, we get,

Next, dividing both the side by

t the mass of the rocket is m –

Taking the difference in the initial and the final mass we get,

Differentiating the equation 1 and considering the mass difference we get

Thus, the thrust produced by the rocket is given by the equation (3).

On integrating the equation

On solving the above equation, we get the equation of velocity of rocket as

For any rocket to take off the ratio of the thrust produced by it to its total weight should be always greater than 1.

The thrust to weight ratio is given as:

The more the acceleration produced by the rocket, the faster it can escape the gravitational pull of the earth.

Once rocket lifts any satellite to a certain height, called its parking orbit point, then the satellite needs to start revolving into this orbit with some velocity v. if the satellite fails to do so, then it will crash back to the earth.

The work done in taking satellite to reach to the height dr, is dW = F x dr. here F is the gravitational force.

Substituting h1 = R, and h2 = h for h > R, we can substitute for the WR as gravitational potential at the earth i.e. W0 in the above equation we get

This equation gives the potential energy stored in the rocket at the height h. This energy is then converted into kinetic energy by a small push by the thruster in the satellite itself.

T hus the satellite captures the orbit and starts rotating around the earth.

The centripetal force acting on the satellite is

And the gravitational force acting on the satellite is

As Fc = Fg hence we can write

Thus, taking square root on both the side we get

This equation gives the orbital velocity of the satellite with which it should move in the orbit at the height h above the Earth’s surface.

And the binding energy of the satellite becomes

If a satellite has velocity

then the satellite does not stays in orbit and it flies away from the earth.

You are a flight controller working in the top most space agency in India. Your job is to ensure that satellites don’t ending up colliding with debris, asteroids or loose its path. In this case, you encounter a situation where a satellite is about to be hit by an asteroid, the asteroid is approaching your satellite very rapidly. If no action is taken, you will lose the satellite and the game will be over. In order to avoid the collision, you need to apply a calculated value of thrust by taking into consideration of the different parameters.

After sometime, suddenly a warning appears on your screen stating that an asteroid is heading towards the satellite

Use the thrusters, quantify the thrust applied by a specific amount such that the satellite climbs the orbit 2 km. The satellite can be controlled by applying thrusters in all directions.

Hint: The thrust should be applied such that the orbit climbs by 2km, if any further, then the satellite orbit will permanently change.

If the asteroid hits the satellite, then the game will be over.

Level 2 can be built in the game with multiple asteroids appearing to hit the satellite.

Q1. The _________ acts as a consequence of combustion of gases/fuel in the rocket causing the rocket to propel forward

Q3. Why it is important to have thrusters in artificial communication satellites?

Q4. Why is there a need for doing all the calculations correctly before launching a satellite?